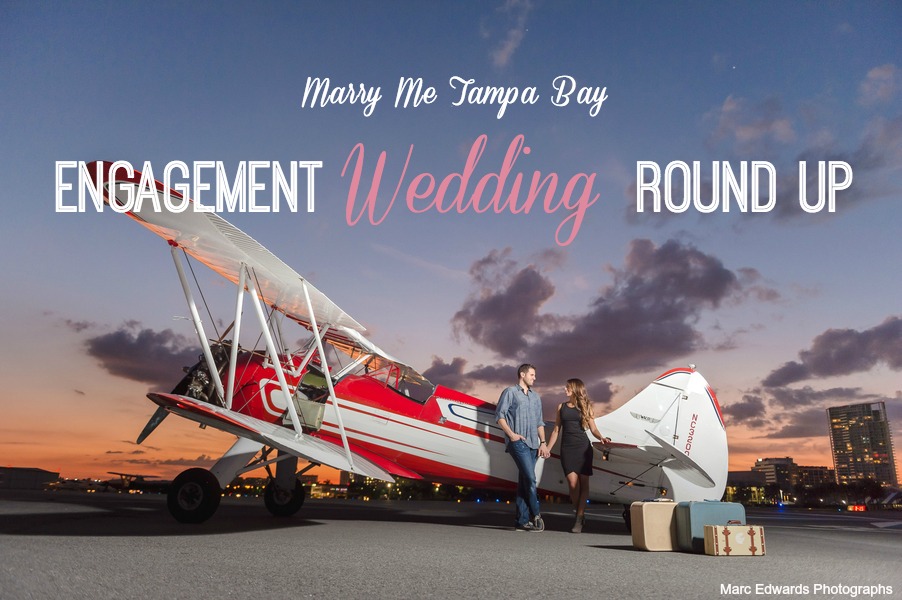 Sharyn and Hassan originally met through a mutual friend eights years ago in Clearwater. While discussing their St. Pete engagement session, the Tampa Bay couple knew that they wanted to incorporate their love of travel.

“We both love the experiences traveling brings and try and take vacations as much as we possibly can,” Sharyn shared. “Traveling isn't something we want to do, it is something we need to do!”

The pair searched for a St. Pete wedding photographer who could naturally bring out their personalities on camera.

“As you can tell we are laughing in most the pictures, which is usually how you will find us in person. We did not want the serious “vogue” type photos, as that is not a true reflection of ourselves,” the bride-to-be explained. “We chose Marc Edwards Photographs for two reasons: Marc loves unique photography and themes as much as we do, and he had done a similar engagement shoot in the past, yet he was able to make ours feel unique and one-of-a-kind.”

The couple will tie the knot this summer at a destination wedding in Oahu, Hawaii. 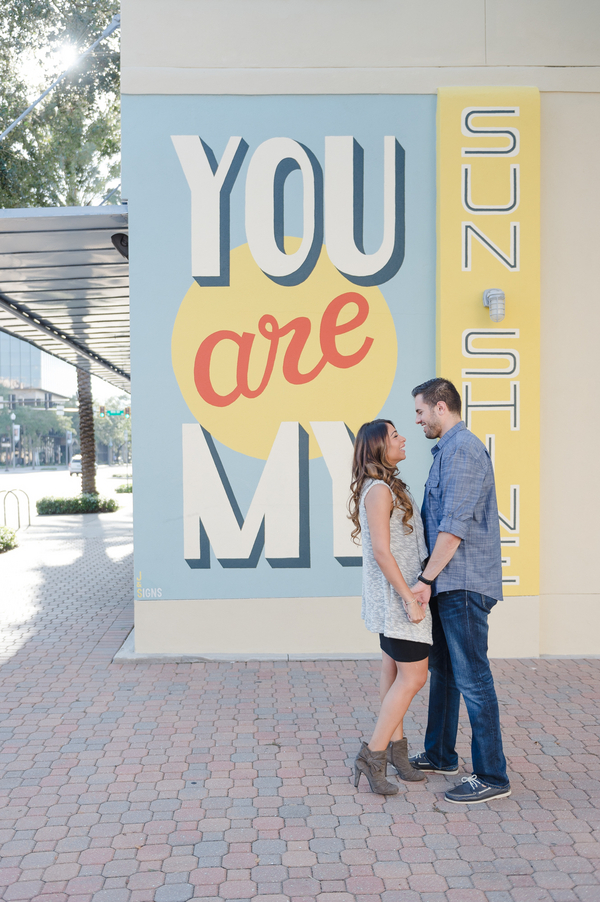 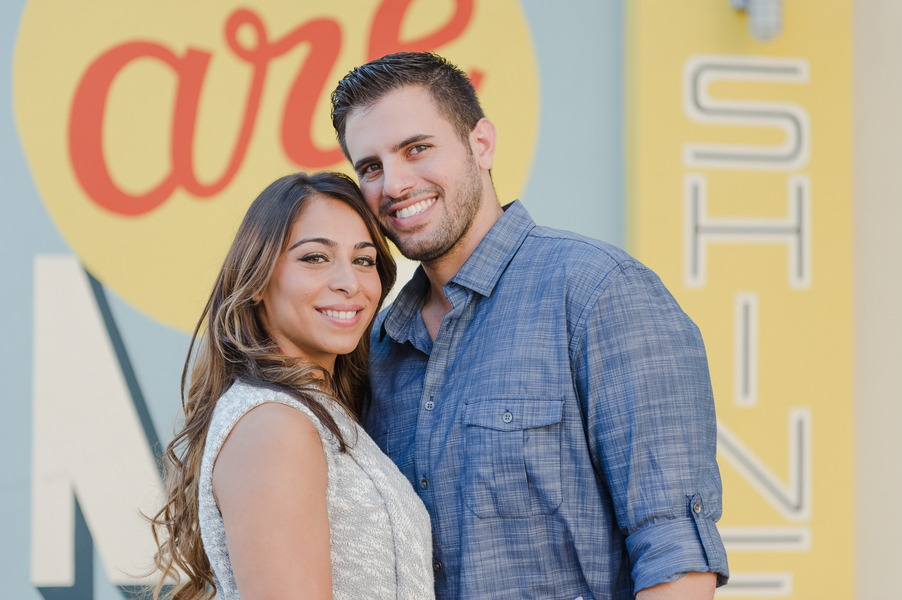 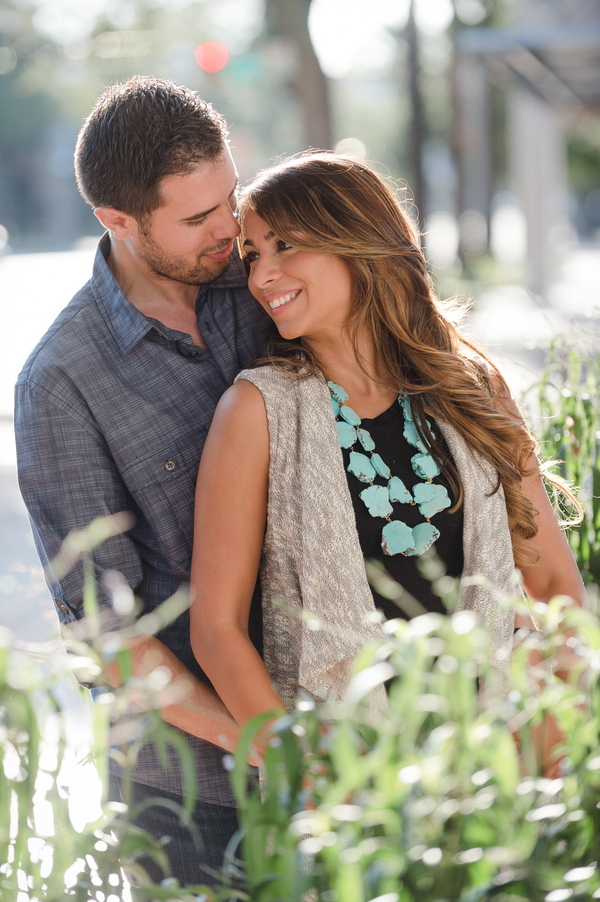 After dinner and some delicious champagne cocktails, our friends brought out little boxes that had been decorated with mini Eiffel Towers since we had just gone to Paris that contained pictures of myself which depicted traits that Akram loved about me. He went on to describe what those pictures and moments meant to him, which left me smiling! The last box had a little wooden box with “Jerusalem” engraved on it, which left me thinking about anything else but a ring. Upon my surprise, when I opened it my beautiful ring was in it, and I immediately shut the box and said “For Real?” He was down on his knee at this point and asked me to make him the happiest man on earth! 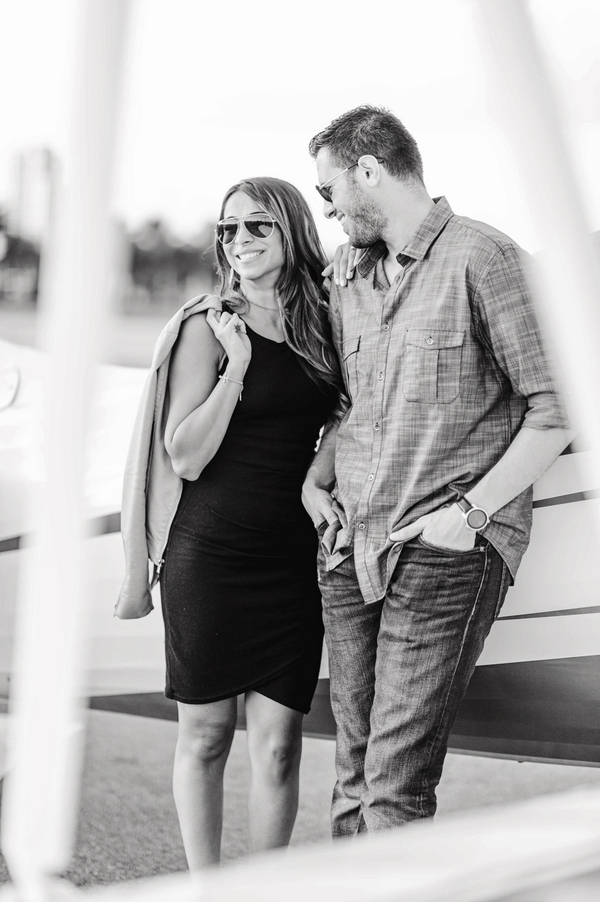 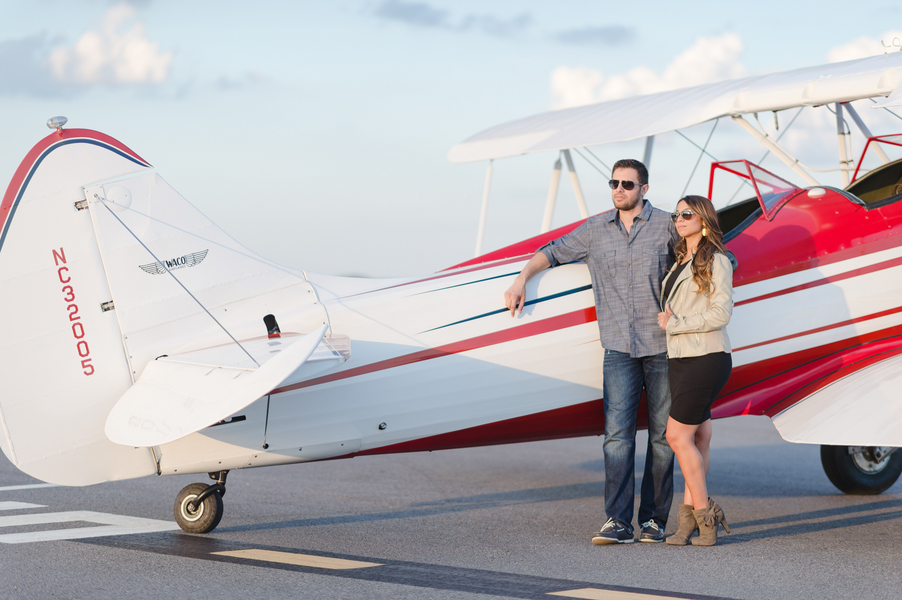 We chose Marc Edwards Photography for two reasons: Marc loves unique photography and themes as much as we do, and he had done a similar engagement shoot in the past, yet he was able to make ours feel unique and one-of-a-kind. Overall, Marc was easy to work with and was open to all our ideas. 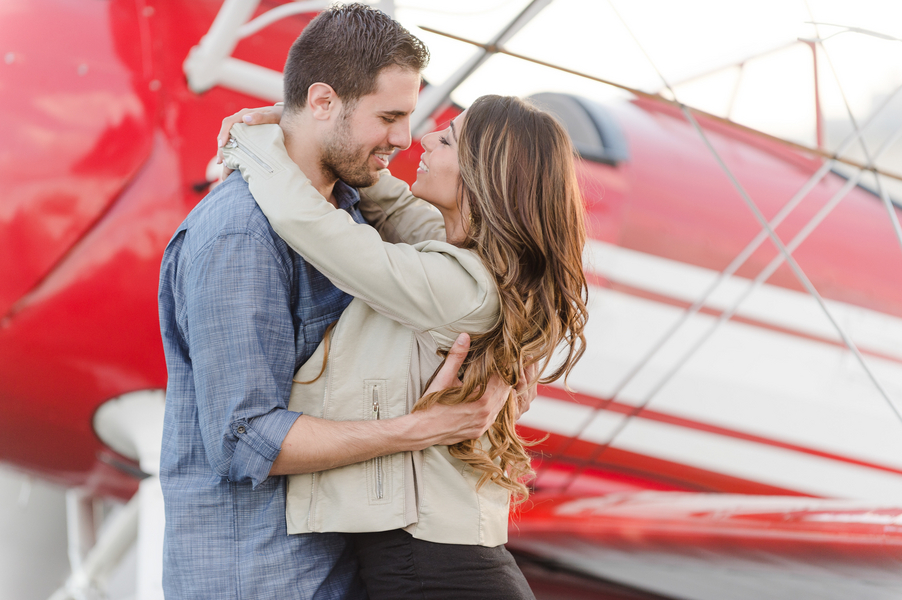 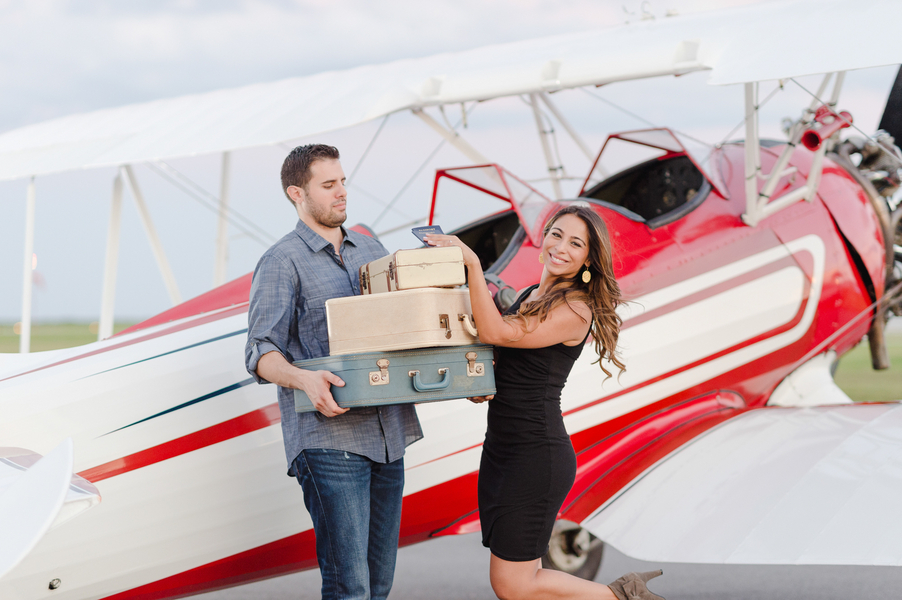 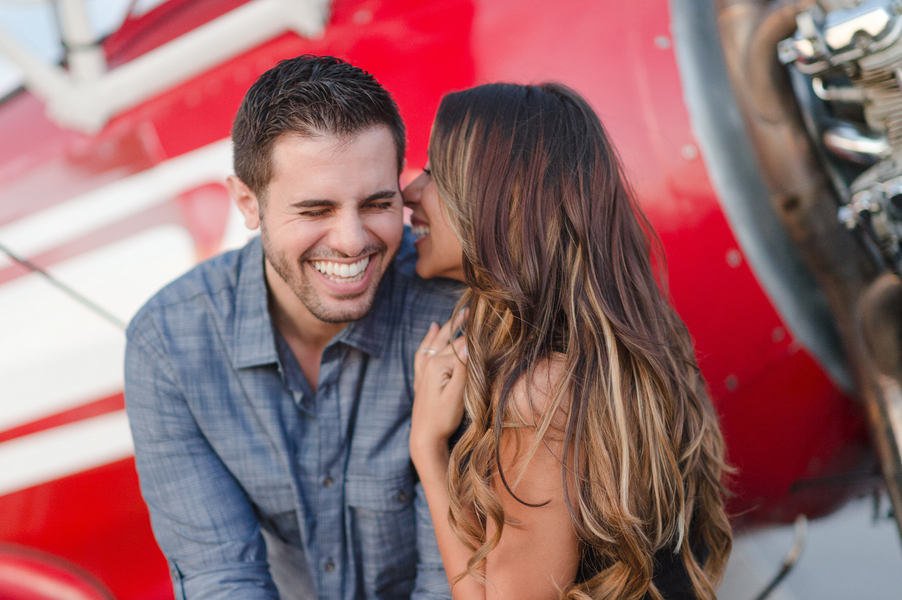 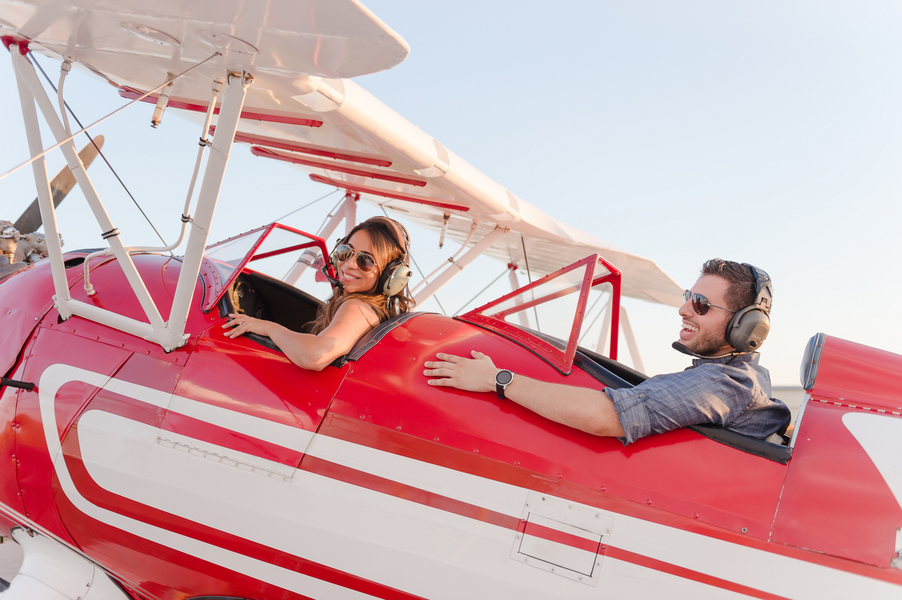 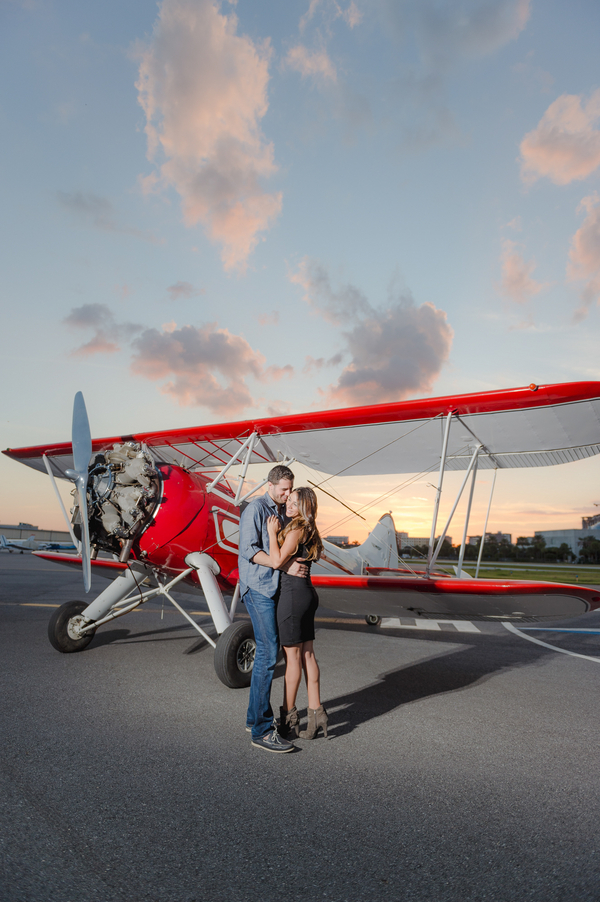 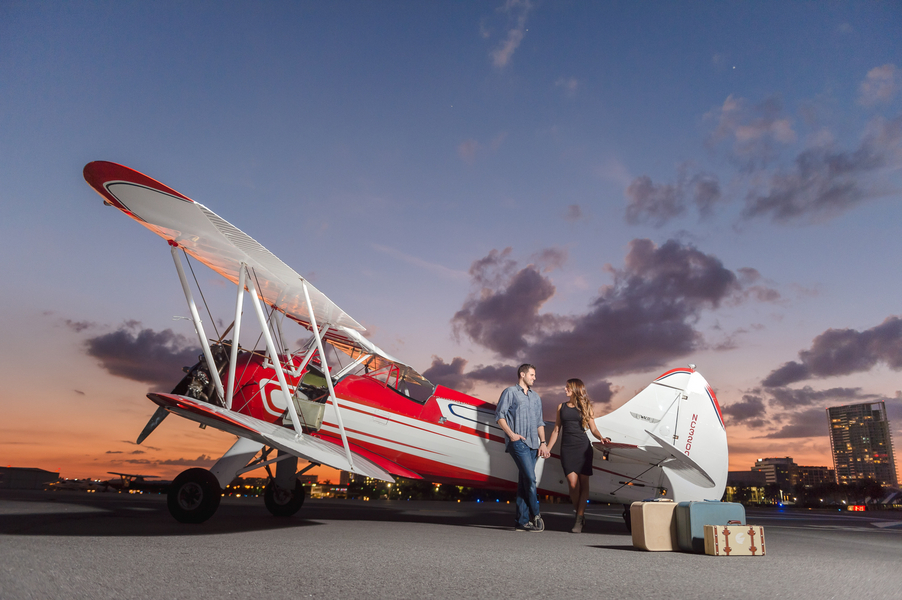 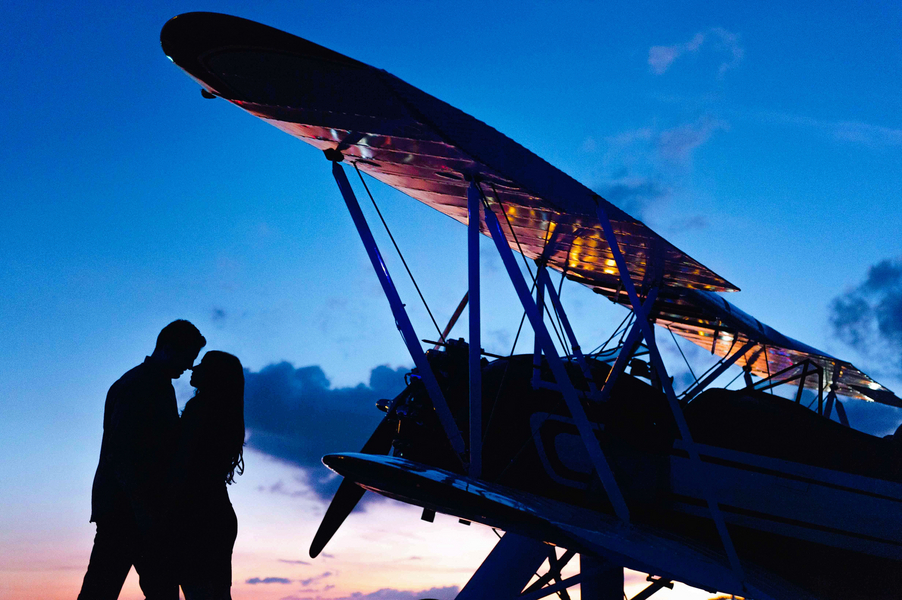 When Angela and her wedding photographer Ailyn La Torre Photography were discussing locations for her Tampa Bay engagement session, they determined that they really liked the idea of an area with cityscapes, as well as some greenery.

Ultimately, Angela and Ross decided on downtown Dunedin because it seemed the perfect spot! Flash-forward to the day of the engagement session and they arrived to find that the entire downtown area had been taken over by a fall festival. But instead of panicking, the Tampa Bay couple embraced the situation.

“They were genuinely having a great time with each other;  the whole world could have been there and they wouldn’t have noticed,”Ailyn of Ailyn La Torre Photography shared.

The trio eventually stumbled upon a few hidden spots with amazing light and created some stunning and relaxed engagement portraits.

“I can't even deal with how amazing Angela’s outfit was! That tulle skirt gets all the heart eyes!” Ailyn gushed. “Angela and Ross are a gorgeous couple. They have so much fun together.”

It was important to the pair that they work with a Tampa Bay wedding photographer who had a classy, photo-journalistic style.

“Ailyn's work was absolutely incredible, beautiful and exactly what I was looking for in a photographer. I am even happier with my decision now after meeting her and working with her,” Angela gushed. “Her professionalism is unbelievable, and she's so down to earth!”

The couple, who met at a student government leadership retreat in college, are officially done with their wedding planning and are excited to tie the knot at rustic, Tampa Bay wedding venue Cross Creek Ranch surrounded by their family and friends. 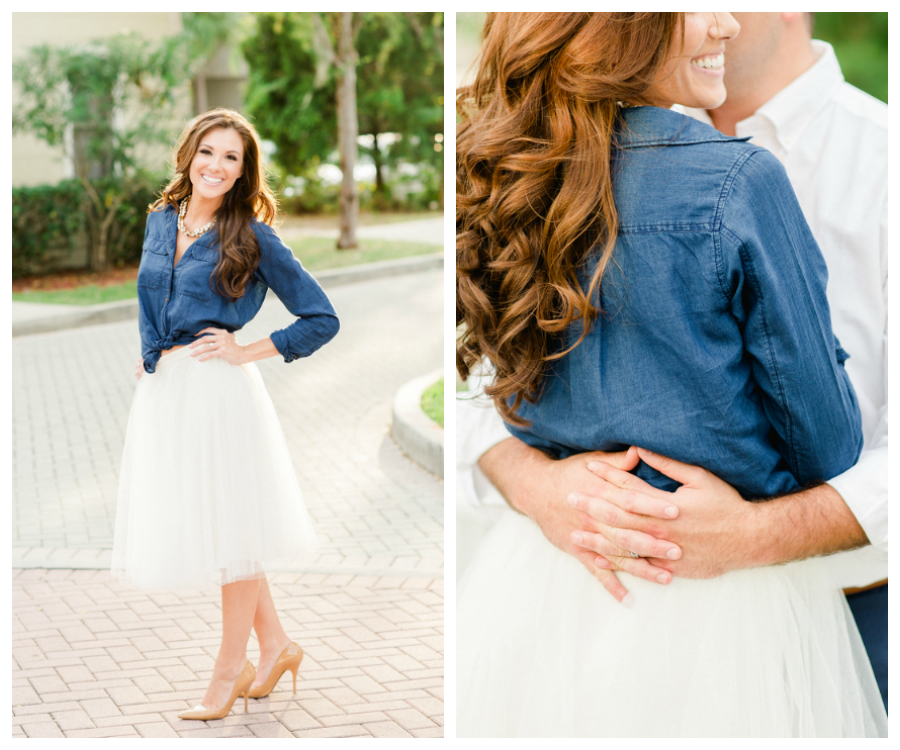 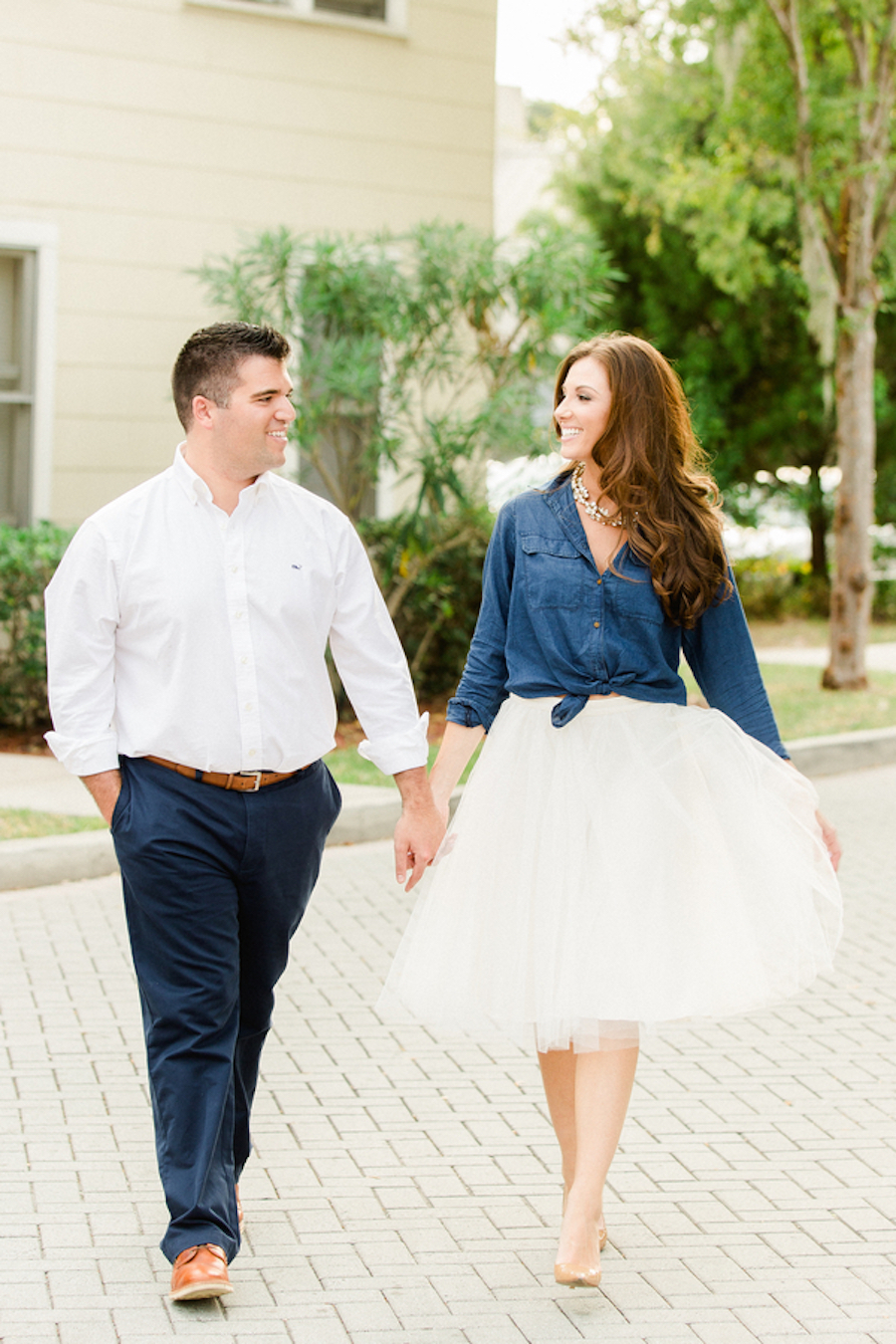 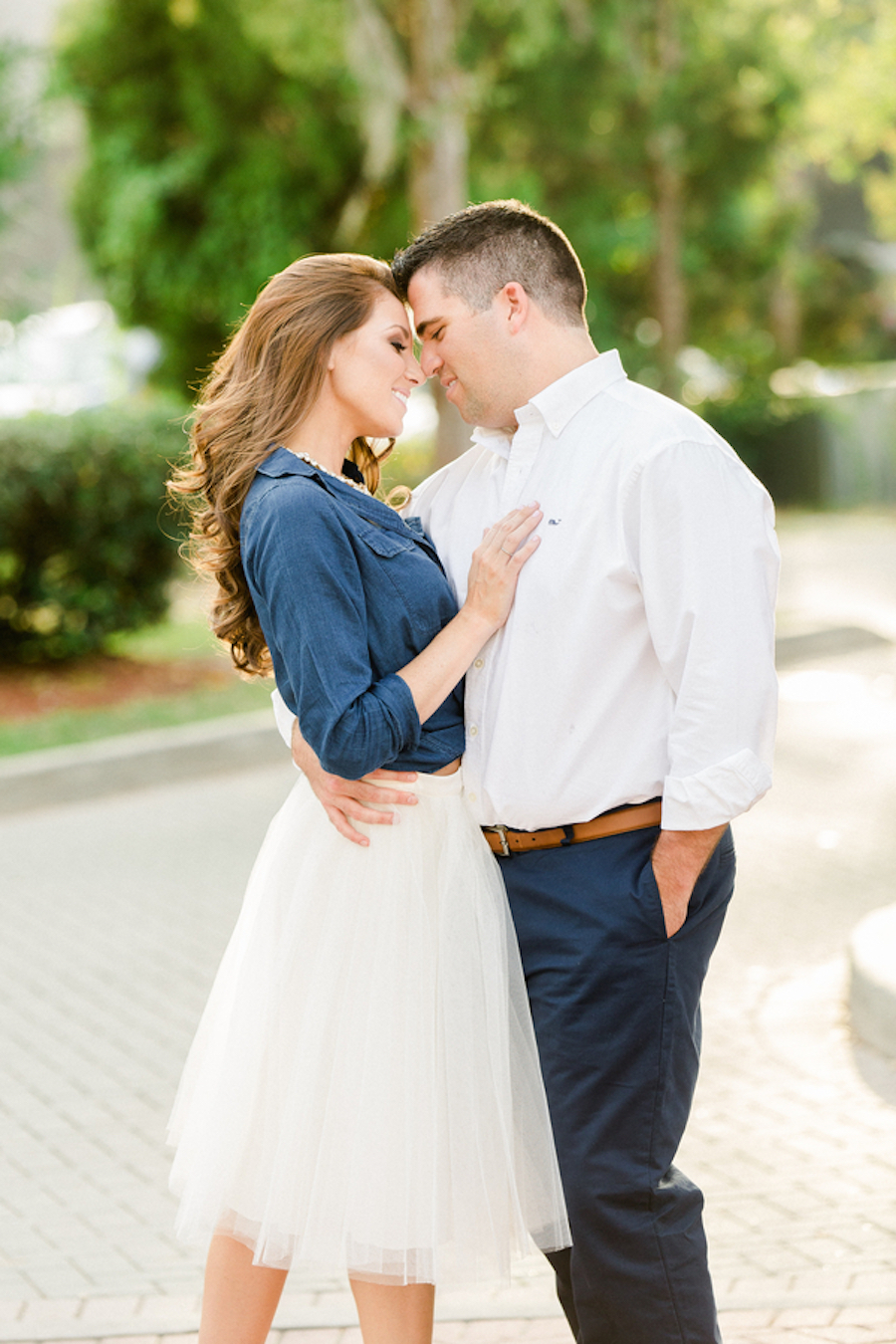 The Proposal:
Ross proposed at the restaurant where we had our first date. 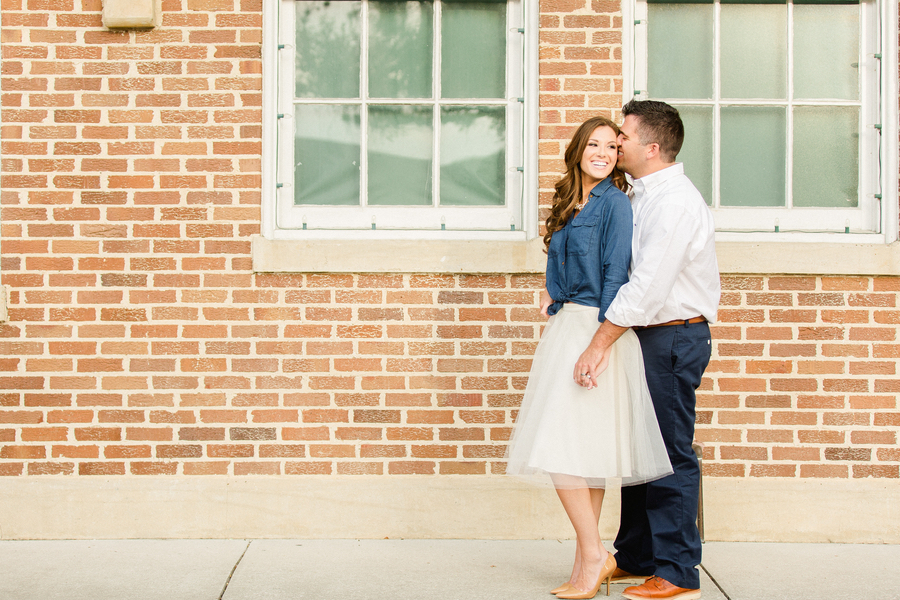 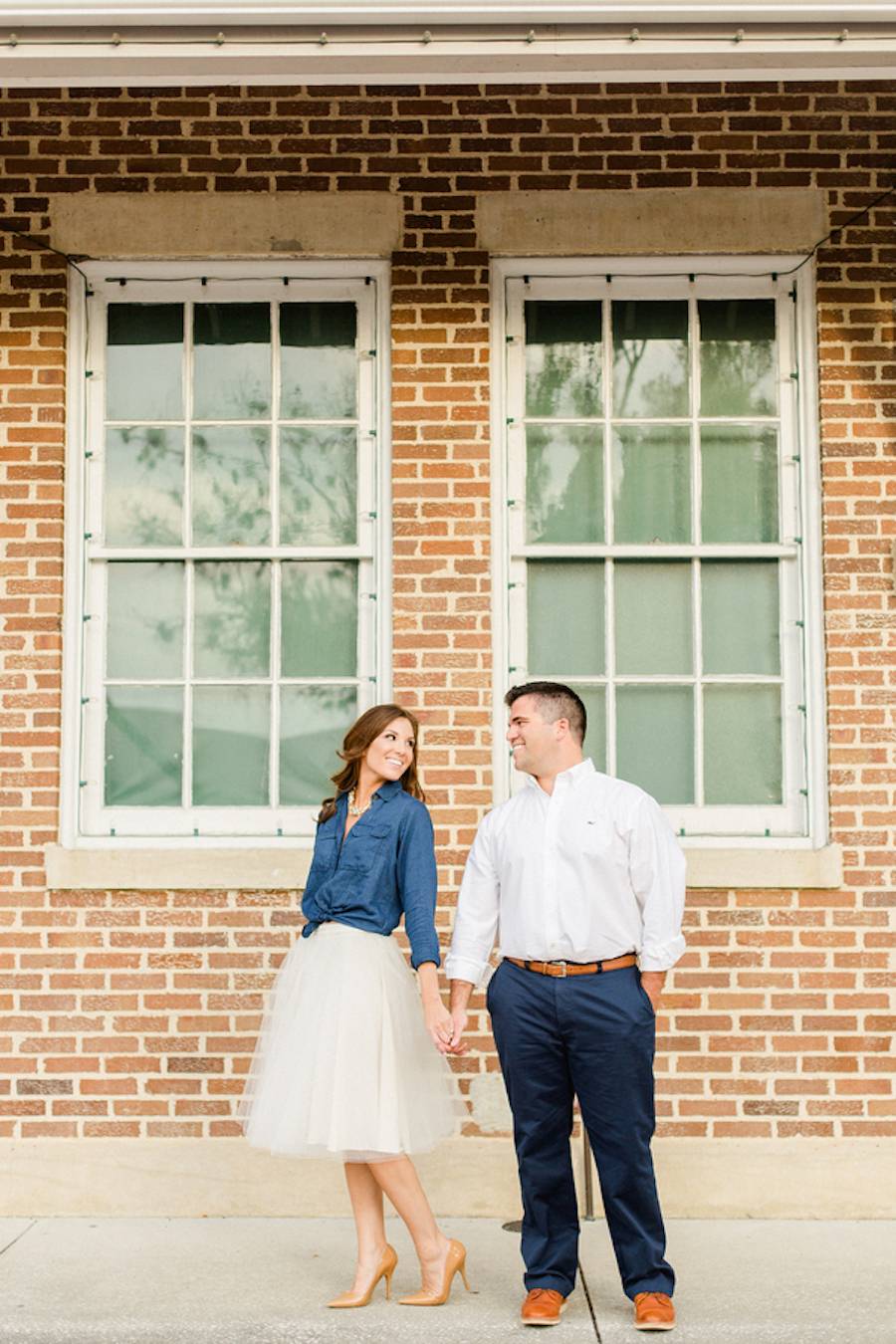 What did you look for in a wedding photographer?
Someone who had a classy, photojournalistic style that felt natural.

Ailyn La Torre Photography's work was absolutely incredible, beautiful and exactly what I was looking for in a photographer. I am even happier with my decision now after meeting Ailyn and working with her. Her professionalism is unbelievable and she's so down to earth! 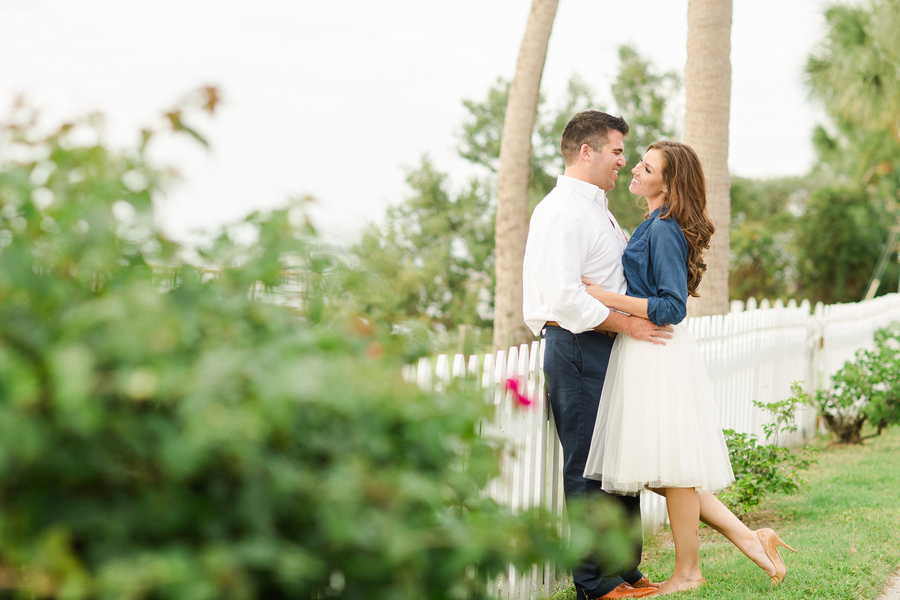 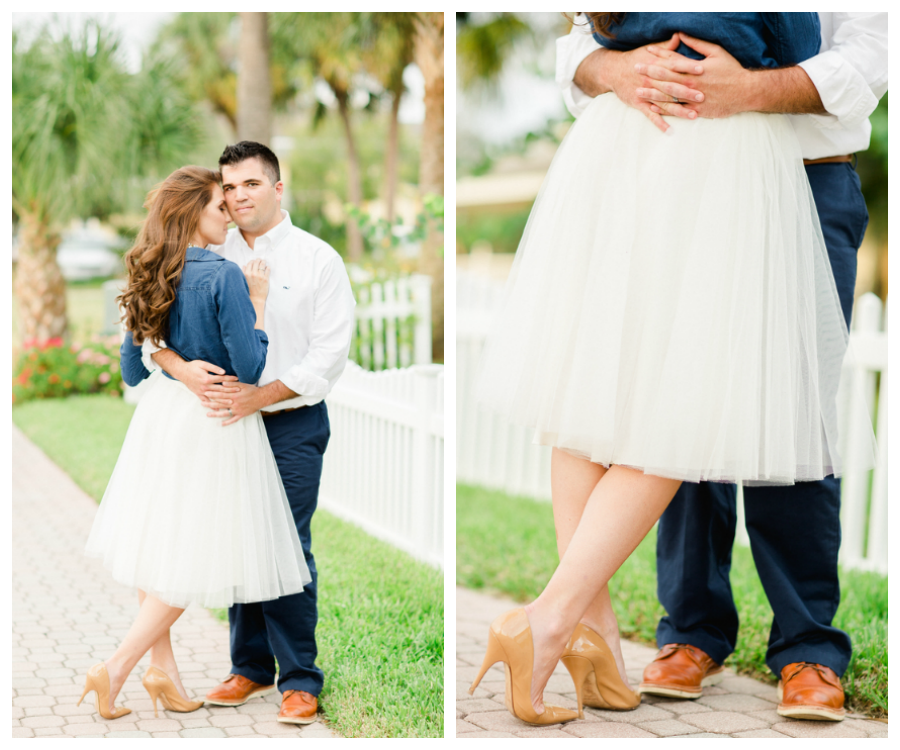 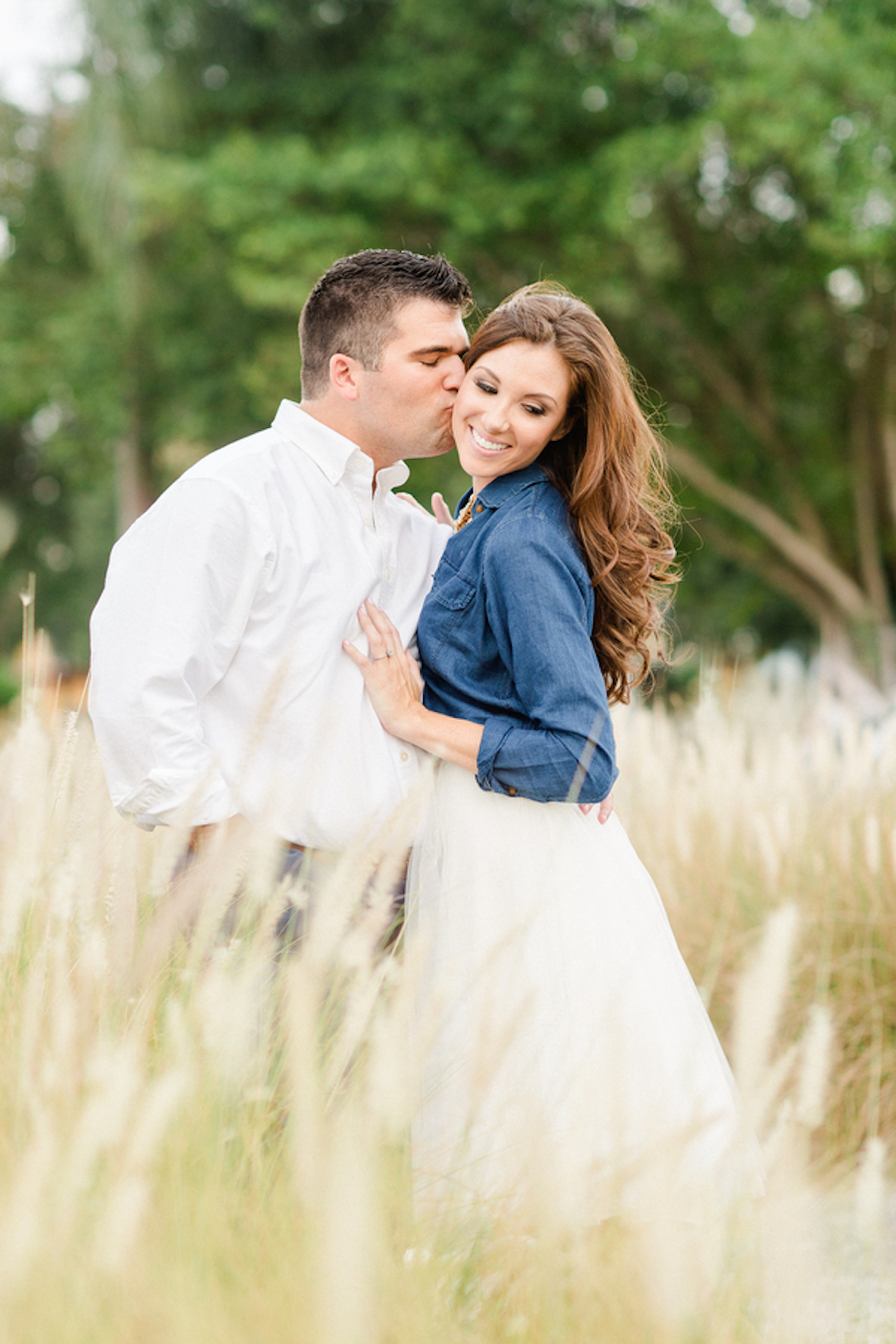